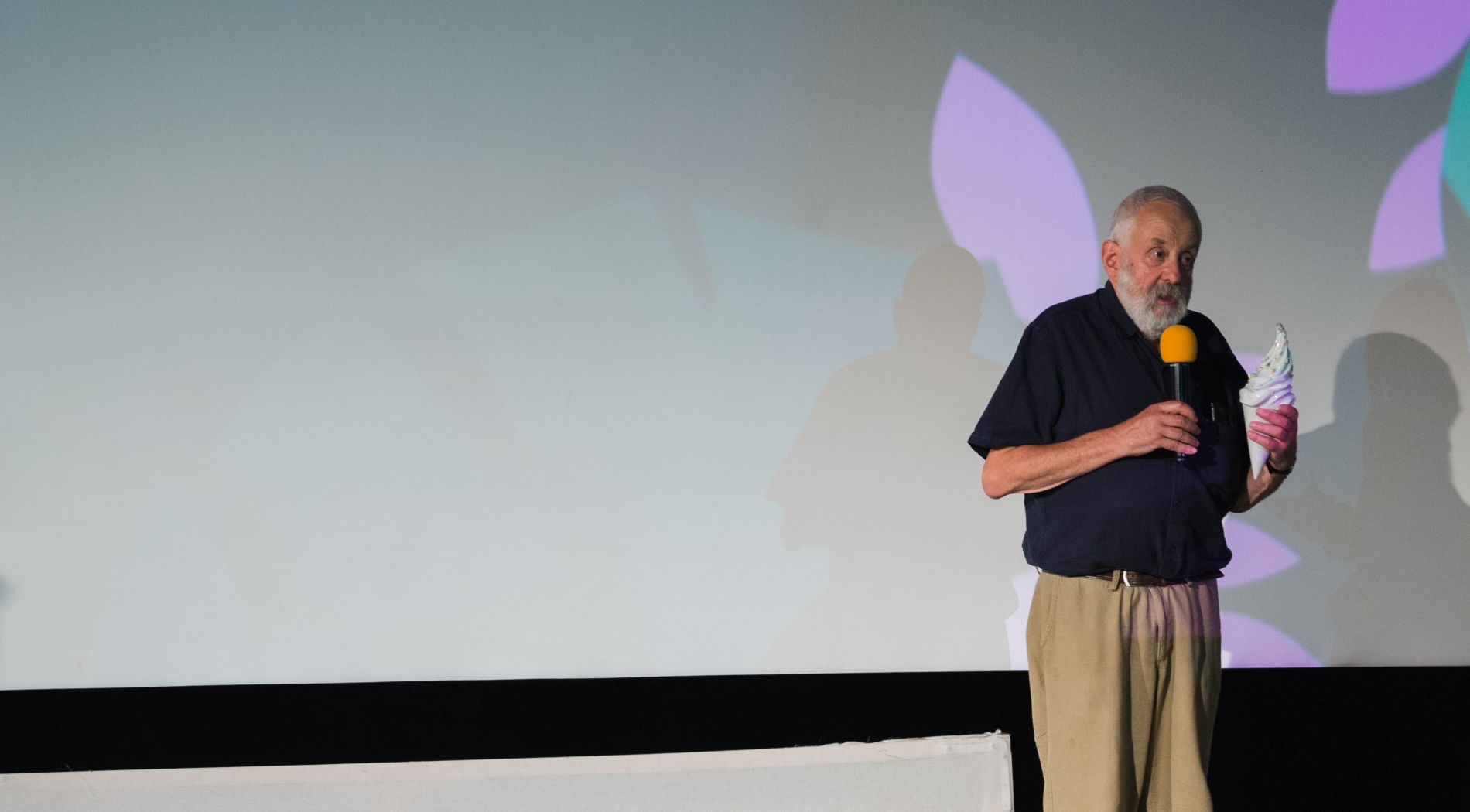 Leigh Wants to Come Back

“I thought that if I ever received anything like that, it would be prescribed by my doctor. Which way up should I put it inside?” joked Leigh after he had been awarded with the ACFC Annual Prize. But then he apologized and expressed his thanks.

“It is a big honour to me. I will be licking this ice cream whole night. I spent a great week here, very stimulating, with awesome audience. I hope I will come back again one day,” said the director who received his prize “for his remarkable career, full of films that reflect on the problems of interpersonal relationships, follow the tradition of both British theatre and social realism and were created with a paramount authorial sovereignty.”